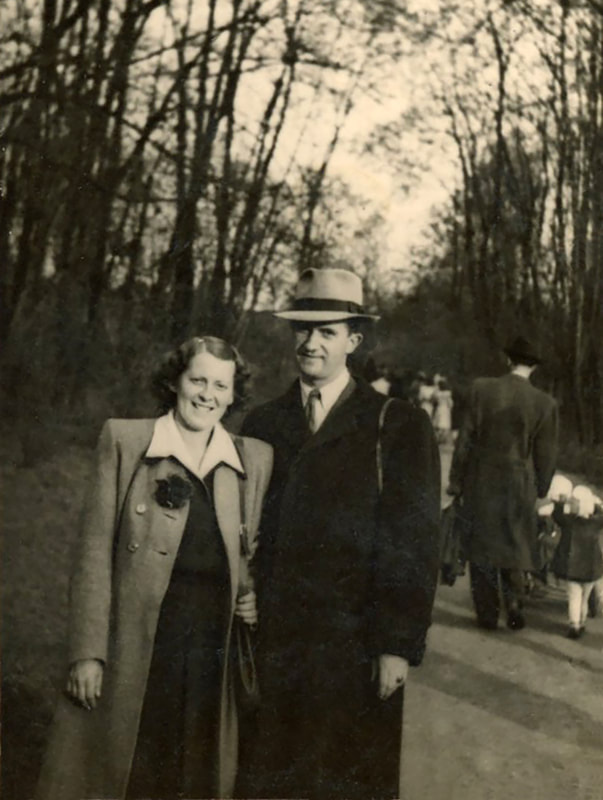 Magda and Louis Goldstein after the war – Prague, 1946 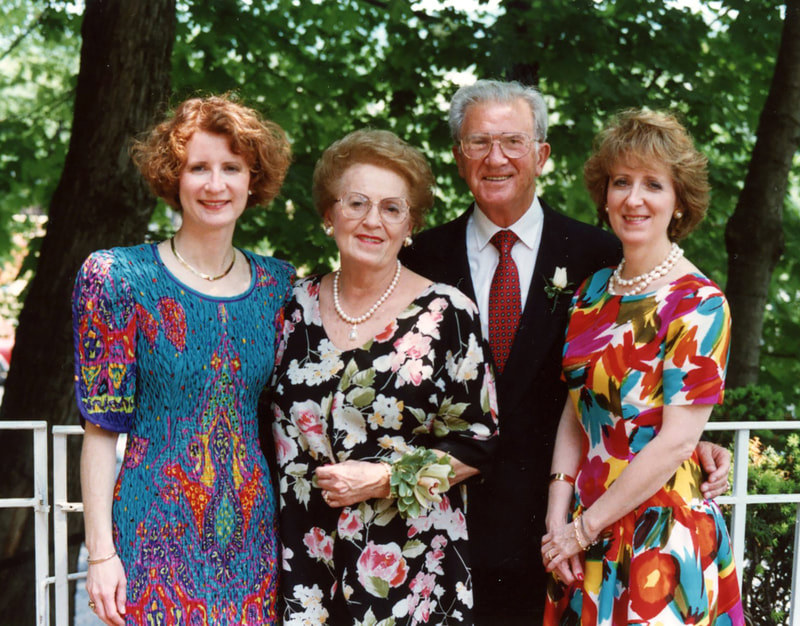 Magda and Louis on their 50th anniversary with Julie (left) and Susan – New York, 1992 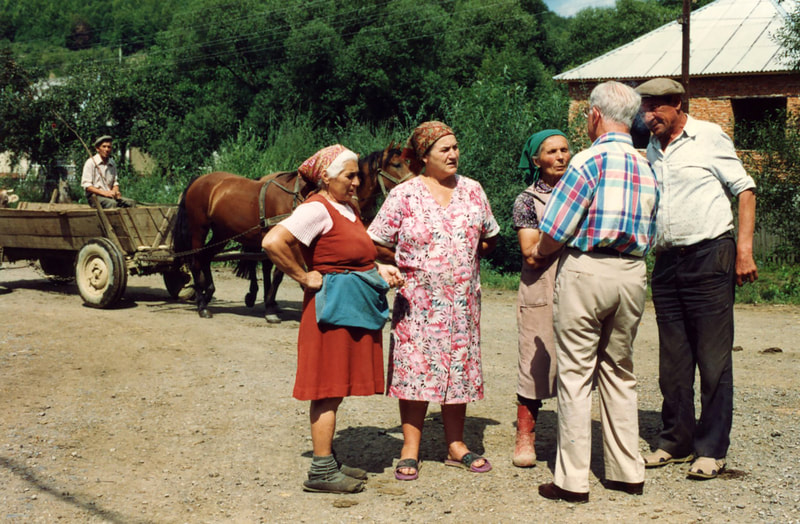 Louis (in plaid shirt) talking with some of the students he taught in a one-room schoolhouse before the war – Izvor, Ukraine 1993